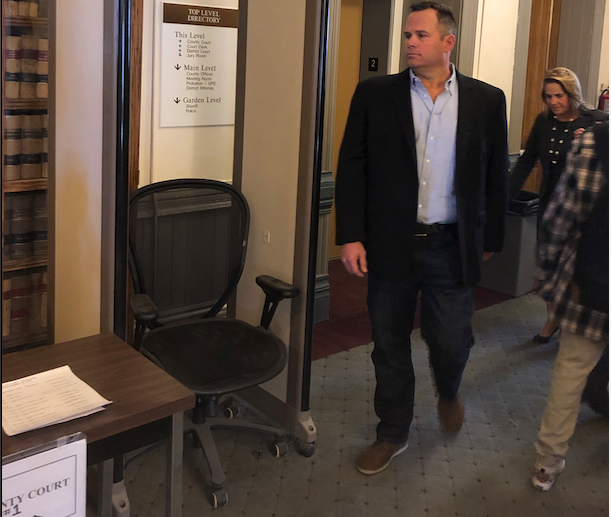 Former Aspen Skiing Co. executive Derek Johnson is a “calculating bully” who emotionally abused employees, reduced their wages and stunted their careers in a decade-and-a-half-long scheme to sell merchandise he stole from the company, which put the value at $6 million.

That’s according to several letters from Skico executives and employees, including CEO Mike Kaplan, filed Thursday in Pitkin County District Court ahead of Tuesday’s sentencing for the 52-year-old Johnson, who pleaded guilty in November to one count of felony theft between $100,000 and $1 million.

“This was no instance of isolated theft that might be explained away as a brief lapse in judgment,” Kaplan wrote on behalf of Skico and its employees in a two-page letter. “On the contrary, Derek engaged in an ongoing, intentional, coordinated effort to steal from Aspen Skiing Company.

“This deception was methodical, intentional and remains unfathomable to me.”

Johnson — who also served one term on Aspen City Council (2009 to ’13) and ran for mayor in 2013 — faces between four and 12 years in prison when he is sentenced Tuesday by District Judge Chris Seldin.

The Denver Center for the Performing Arts

Avoiding the debate tonight? Here are 28 (totally real) shows to watch instead!

Why “Revolver” still matters: The 50th anniversary of a Beatles masterpiece

Win like a woman: How the media is still failing female Olympians

Apple says initial quantities of iPhone 7 Plus sold out

These Painkilling Marijuana Tampons May Be The End of Period Cramps

Broadway Market adds smoothies and street tacos to the mix

You’re not alone in feeling alone: Why it’s so hard for adults to make friends